This article was invited by Indian Management (Journal of AIMA) for their August 2013 Issue. 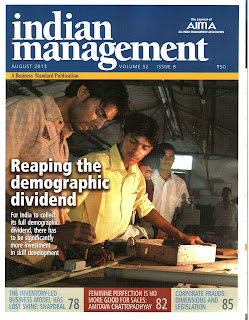 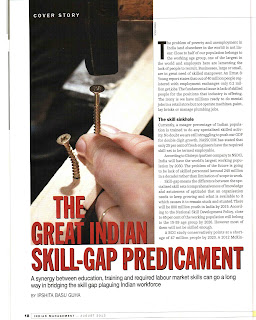 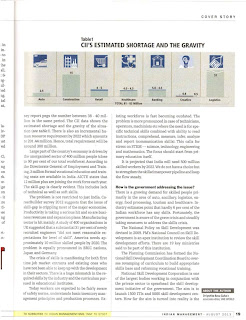 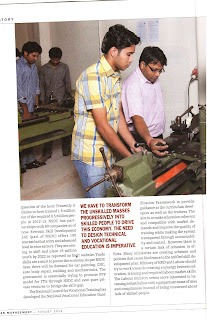 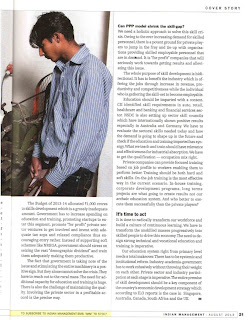 Posted by Ipshita Basu Guha at 9:22 PM No comments:

We have been constantly voicing the fact that the definition of MSME in India is in great need for a conceptual and structural reform. It is serious feeling that for a diverse set of reasons, there is a grave amount of apathy towards this segment. We lack detailed data for analysis and a fair amount of discussion and debate on how to make the definition more inclusive and relevant in the current context.
It is our personal opinion that probably the years of being dominated by the British Raj has numbed our ability to be radical, innovative, risk-taking and assertive. We lack the gleam that is exuded in the eyes of the likes of Usain Bolt. We come across as submissive, low on confidence to make a bold move, unsure to become distinct from the herd and becoming harbingers of change. We are more of followers then trend setters. We are sure a lot of small business owners will agree with SME WORLD’s opinion.
It is time to come out of the cocoon and take the world by storm. For that to happen, we must dominate the world business scene and create a resounding economy. The first and foremost way of following this roadmap is to “Redefine MSMEs”.
We have to break away from how the world is defining its small businesses and come out with our own model. This article is an attempt to express a concept that can be implemented.
This concept is designed from the perspective of the Ministry of Small and Medium Enterprise being at the lead and rolling out this initiative.
The core of this initiative is “time.” Every step has to be time bound and with information and communication technology tools the steps can be achieved as per plan.

Step # 1
Make a list of all the major industry segments that contribute to our GDP. 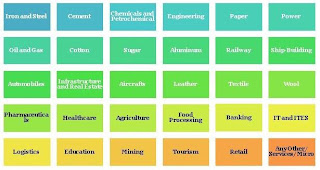 Overcome your fears and Lead!


Overcome your fears and Lead! 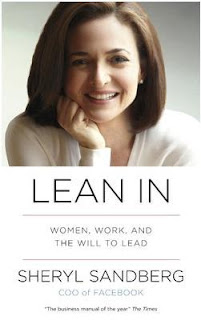 Just when women – centric books were fading away (apart from those on the repetitive topics like fitness and health or relationships); we are treated to this wonderful piece of work by none other than the high profile COO of Facebook, Sheryl Sandberg. This book is a sheer piece of inspiration for women around the world.

Sandberg’s Lean In finds its foundation in her world famous exhilarating TEDTalk of 2010 where she spoke about how women are shying away from being leaders in their chosen field not only due to family pressure and responsibilities but their inner turmoil and confidence to manage high-pressure jobs.

Unlike usual speculation as this being just one of those books trying to hammer feminist ideas and written by a privileged female (that’s probably not even 1% of the world’s population), the approach and treatment of the subject is very honest, witty and straightforward. Sheryl feels that a lot of women are not stepping up to realize their full potential. Though a certain amount of onus goes to our social norms and expectations, it is the women who are holding themselves back. Where men attribute success to individual ability and skills, women feel it is sheer luck or other external factor and perhaps becoming successful and assertive force is an unfeminine quality. Men are more likely to grab an opportunity while women spend time trying to overcome their apprehension of being able to perform and excel. These are the deep seated fears which Sheryl provokes women to address and overcome.

She persuades women to “Lean In” taking charge to achieve their goals. Most importantly she tries to inspire them to dream and dream big instead of making second grade choices/ compromise and remaining satisfied with their middle-rung positions. She feels that there is a lack of adequate representation of feminine gender in positions of power and believes that a lot is to do with women themselves than circumstances and opportunities. There is a serious need of female icons and women in important positions to motivate other women to step-up.

In this candid book, Sheryl shares her own issues and fears which she faced and have overcome through the years. There is data and analysis, anecdotes and examples as well as suggestions on how to face situations and come out successful. This is not just another self-help book. It is more about introspection and fighting our inner demons, overcoming our mental blockages and impediments.

There are some very pertinent observations and propositions. The author observes that the problems start from the beginning of a women’s career when she starts worrying about marriage, children, managing the work-life balance. She advises women to become more ambitious and to embrace success as a positive desirable trait. More women can make it to the top if they are mentored and helped to sail through the formative years of her career. Yes, institutions and companies have to do more (and they have failed to create the right ecosystem) but reforms have to start from within the families. As more men come forward to share household responsibilities, women will get the impetus to excel in the workplace. There will be difficult moments and challenges but if we dare to “Lean In” at that instant instead of becoming weak and irresolute, we will be able to realize our goals and dreams. Women must start with believing in their own abilities and exude a body language that speaks confidence and a go-getter attitude instead of displaying a shy and insecure demeanor. At no point does the author talk about men women equality, it is more about sharing, leaning in and stepping up. The gist of the book can be derived from Sheryl’s famous question – “What you would do if you were not afraid?”

This book is ideal for women of all age-groups to read and get encouraged or inspire other females in their families and friend circles. It is a delightful read and leaves a lingering sense of hope.

It is heart rendering that women at her position are using that pedestal to speak out and inspire an entire generation of women and girls to reach for the stars. We require more women at the top, to become role models as Sheryl suggests. We need real life examples to emulate.

Sheryl’s successful and glowing track record is an inspiration in itself. She started off as a Research Assistant in World Bank after graduating as the top student in Economics from Harvard College. She earned her Master’s in Business Administration from Harvard Business School with highest distinction. Having worked as a management consultant at McKinsey, Sheryl was the Chief of Staff to United States Secretary of Treasury. Moving on to Google, she was the Vice President of Global Online Sales and Operations when Marc Zuckerberg snagged her for Facebook in March 2008. In 2012, she became a part of the board of directors in Facebook. She has been famously ranked as the 50 Most Powerful Women in Business by Fortune magazine for four consecutive years from 2007. Time magazine has ranked her as 100 Most Influential People in 2012. Today, she is stays in North California with her husband and two children.

Posted by Ipshita Basu Guha at 10:04 AM No comments: