This blog on spellings caught my attention. Click to read
Posted by Ipshita Basu Guha at 8:24 PM No comments:

Email ThisBlogThis!Share to TwitterShare to FacebookShare to Pinterest
Labels: Spellings

Improving quality of life with Footpaths


Everyone dreams of living the big life in a big city in India or abroad. But except for maybe the super-rich, the whole experience is laden with huge trials and tribulations. The most common issues are traffic and stress.

Let us look within the limits of Thane city. Travelling anywhere in the city is a struggle especially during the peak hours. Parking is another challenge with the growing number of vehicles.

There are many long and short term reasons – encroachment, arbitrary repairs like holes dug up, vehicle that has broken down, irresponsible parking of a vehicle with the owner missing from the site, or double parking, a driver driving slowly while speaking on the phone, an auto-rickshaw driver settling the fare with the passenger, a slow moving vehicle driving on the right most lane and the fundamental cause of non-compliance with traffic rule. Well the list can go on and on.

There is one area where efforts can be made to alleviate the situation of traffic and stress – developing real footpaths or pedestrian system to actually walk on.

A huge portion of our population walks due to reasons which range from economic condition to lack of adequate public transport system and need to travel short distances. This is a common trend across the country but sadly India lacks proper footpaths. People mostly walk on the roads and that is a huge reason for slow moving traffic. People cross the road anywhere they want. Zebra crossing is restricted to our civics text books and few specific areas in cities.

Walking is the most common mode of transport in average European cities. Most developed countries have consciously built pathways thus encouraging people to walk. The ulterior motive is to improve the quality of life of its citizens and visitors alike and of course to keep a check on vehicular traffic. Look at Times Square in New York, Las Ramblas in Barcelona, embankment by Siene River or Place Charles de Gaulle again in Paris, Bahnhofstrasse in Zurich, downtown Shibuya Tokyo, Camden Street or Trafalgar Square in London. There are numerous examples. It is time to emulate them in this regard. 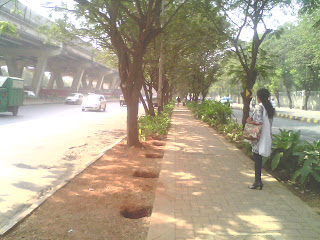 Footpaths serve multiple purposes. They help the city remain cleaner by reducing pollution levels as more people would prefer to walk. The walking in itself helps maintain our health and a good infrastructure makes walking very less taxing. It also reduces traffic congestion. Alternately, it is also less risky as chances of being hit by a vehicle from behind are minimal on a footpath compared to walking on the main road.

Thane also has its fair share of footpaths. But many of them have been hijacked by hawkers or public toilets have popped up on them thus rendering that area useless for walking. In other areas, there are gaping holes as the gutter covers made of concrete or metal are either broken or stolen. That makes footpath dangerous for walking especially at night.

The future will slowly propel us towards creating smart cities that are capable of making optimum use of resources to provide a good life to the citizens. In my opinion, footpaths would be one of the key development indicators.
Posted by Ipshita Basu Guha at 5:11 AM No comments:

This article was published in Dec 2011 issue of TISA. 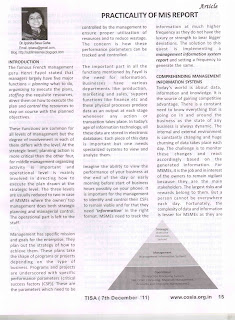 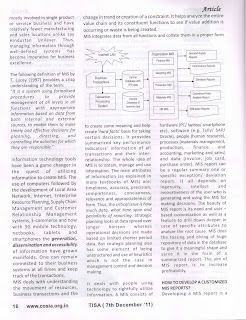 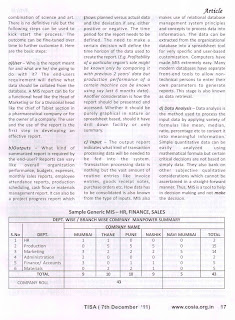 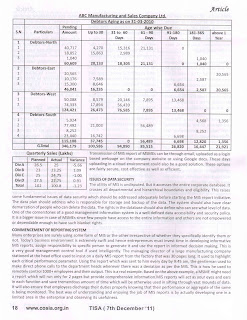 Posted by Ipshita Basu Guha at 8:29 PM No comments:

Ajay Shah's blog: Be skeptical. Be very skeptical.: Mistake upon mistake In recent months, we've had a few slip-ups by the official statistical system in India: Yesterday's IIP release ...

In the last few years, whenever a discussion has commenced on economic development, investments, increase in GDP, per capita income etc., Gujarat has always been on the forefront. What is the core reason that has helped prop it to this enviable position? Why are so many companies investing in the state and trusting it with so much money and efforts? Why is the economy booming there? Why does everyone want a share in the growth pie even though there are frequent negative publicity of the state and its administration? Why the other states are lagging behind or are not pursued like Gujarat for investments?
One word says it all – Governance!

Gujarat today, proudly stands as an epithet for the word governance. And it is this which is driving growth and tremendous development all over the state.

Posted by Ipshita Basu Guha at 5:41 AM No comments:

This is an useful link to follow any changes in the MSMED Act 2006.
Posted by Ipshita Basu Guha at 2:21 AM No comments: